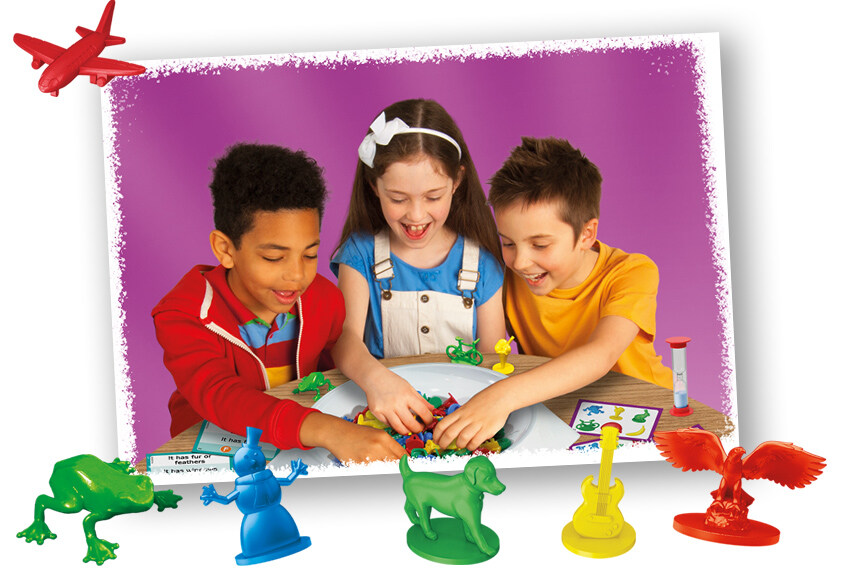 Dig In! It’s back! And it’s better and battier than ever!

Here for Autumn 2022: it’s The All-New Dig In frantic finding game, for kids (and big kids) who like their play coming at them thick and fast.

The original Dig In’s been lurking in our back catalogue for a while now. It’s possibly not quite as widely known as some of our other products, but it’s always enjoyed stonking customer reviews, and we know from your feedback that it’s a game that many families are very fond of indeed.

So the natural question is…

What’s different about the new Dig In?

WELL, let’s start by going back to basics. Dig In’s a quickfire, seriously-speedy-to-set-up game of rummaging and fumbling to find stuff before your opponents do.

It’s great for kids who love lots of laughs; who like getting stuck in; who basically don’t like boring-sitting-still-type games. Adults play it as well, and it can get quite competitive. But – trust us – in adults versus children, the younger ones usually win.

None of the core gameplay’s been ditched in the update. But you now have the choice of playing in three different ways, depending on how much ‘thinking’ you want the game to involve.

Essentially, we’ve added options around vocabulary, problem solving and creative thought. If that sounds a little dry then never fear – these aspects are very deliberately sneaked under the radar for the benefit of those kids who might be suspicious of an overtly ‘educational’ game.

So at the simplest level, players might be racing to find a yellow car - scrabbling like crazy through the Dig In bowl to be the first to cross this off their list. (You can make things even simpler for the very youngest players by allowing them to search for objects of any colour).

Or, if you choose the second game, they might race to find a ‘thing that has wheels’. A car again, of course. Or a train. What about a boat? It might have a steering wheel, after all.

Or in the third, they might be seeking something beginning with ‘A’ – and – if they're quick-thinking – they might claim the car, as it’s an ‘automobile’. Or an ‘Alfa-Romeo’. After which, they’ll be practising those crucial life skills of ‘convincing’ with the match umpire (an older person, or simply one of the other players, taking it in turns).

Dig In’s incredibly quick and simple to get going, ferociously competitive, and stupidly addictive fun for old and young alike. We’ve recommended the age range as five years and above, as small parts are involved. 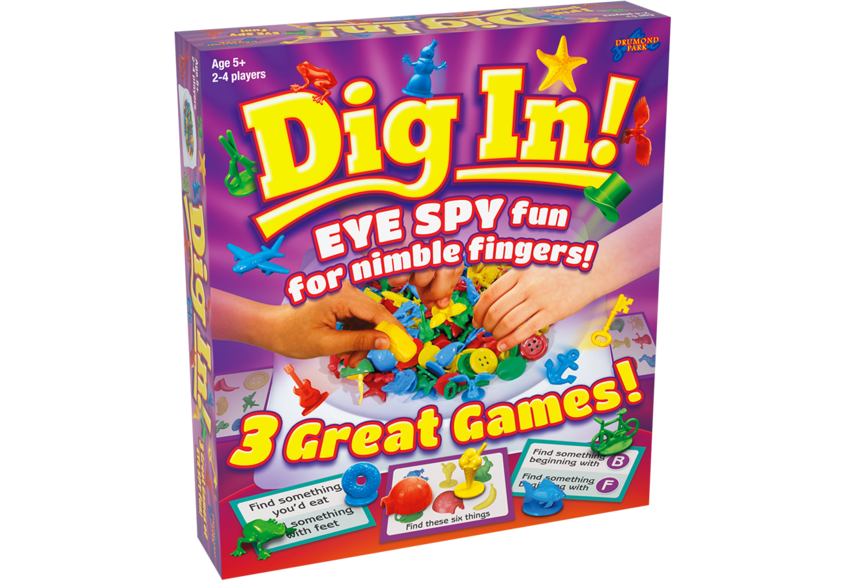