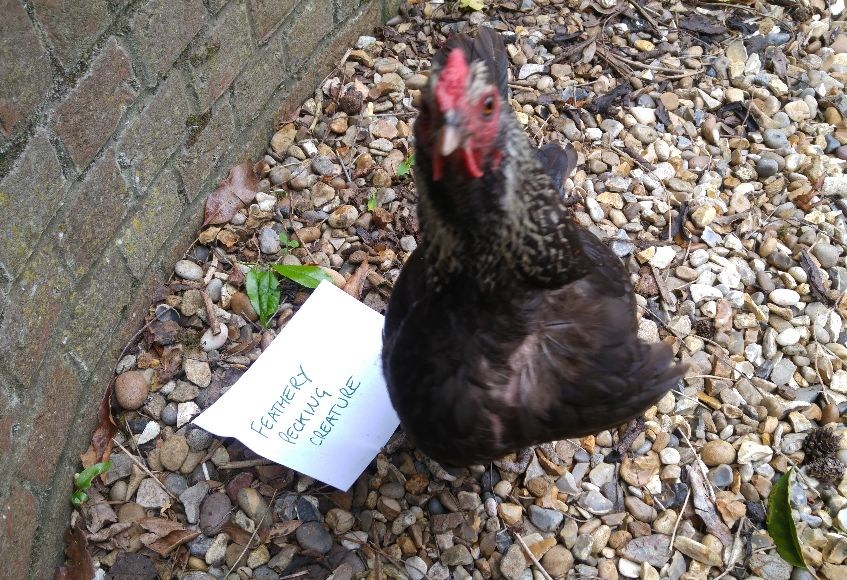 The Articulate chicken and rabbit photoshoot

Actually, that's not quite fair. We wrote a thing a while back about our photoshoots and how that our child models are an *utter delight* to work with.

So what happened was this. We're always looking for silly stuff to post on our social media feeds. There's a lot of magnificent material out there already, such as these Insta posts of peoples' dogs playing the LOGO Board Game.

Anyway, we came up with the idea of snapping a batch of 'Articulate' definitions. Given that our official photographer was still traumatised by the child mod... sorry - was away on holiday, and that we had zero budget for a replacement, we thought we'd do them ourselves. I mean, how hard can it be?

We wrote a list of ideas for prospective shots. Which was great, and all organised of us. Until some idiot came up with the chicken and the rabbit suggestions.

To be fair, it looked very simple on paper. 'Cute, furry, hopping thing,' and 'feathery, pecking creature' are good Articulate-type definitions. Not having a rabbit nor a chicken to hand in the Drumond Park offices, we headed off to a colleague's house to get the required shot. 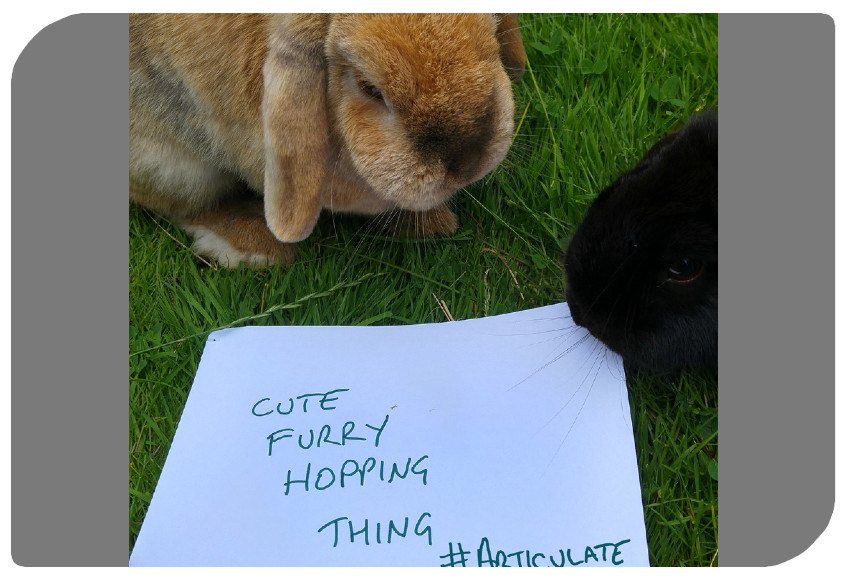 Articulate! is arguably Britain's favourite board game. It's enjoyed by young and old; at parties; at family get-togethers; in student houses; at community events. It trends regularly on Twitter at Christmas. It's a worldwide hit also, with local versions in other countries. (Note to UK players - if you're finding the game a tad easy these days, try playing it in German.)

Neither the rabbit nor the the chicken were impressed by any of this.

Honestly, you would think that getting a chicken to pose happily by an Articulate definition would be a fairly straightforward thing. The chicken was having none of it, however. We plonked it down beside the card to get a nice shot on our phone, but it was more interested in the phone than the card, and started pecking both it and the photographer until somebody fetched some chicken food to buy it off. It then ate the chicken food and sat down on the card, smearing it with poo.

We wrote out another card. This time, we put some chicken food on the card itself, and released the chicken a small distance away. Chickens are like lightning when chicken food is involved; we managed one blurry head-shot before trying again. And again.

The shot was achieved on the fourth attempt. We moved on to the rabbit.

We had anticipated an easier time with the rabbit. They are loveable, cuddly, pet-like things, after all. These rabbits lived outside, with a massive fenced-off area of run available to them, in addition to a big and comfy-looking hutch.

They did not particularly want to be caught, nor picked up.

This was annoying. Pet rabbits are picked up and stroked all the time; particularly these ones, who have very loving child owners. They seemed to take an immediate aversion to the Drumond Park team, however. With specialist rabbit-handlers unavailable (they were at school), we tried various means of coaxing them to take part. Or at least to allow us to pick one up, to persuade it that we meant it no harm.

But they are slippery things, rabbits. They evaded all our shepherding, come-hithering and frantic grabs.

At one point we twigged that they remained still for longest when they were in the corner of their enclosure that they used for their toilet. So we placed the card down over there and waited, until somebody pointed out that a rabbit toilet wasn't the perfect background for the shot.

In the end, some juicy grass tempted the ginger rabbit - 'Cookie' - into the frame. The shot still wasn't quite right - we wanted the rabbit closer to the caption, so that we would be able to crop the image smaller - but this was fortunately solved when the black rabbit wandered in from one side and started to devour the card. We got the pic just in time.

Thank you to Cookie, Cola and Pingu the Chicken for your participation in the photoshoot. But honestly, we will employ professional animal models next time. Or just stick with this snail, which proved far easier and more co-operative to work with. 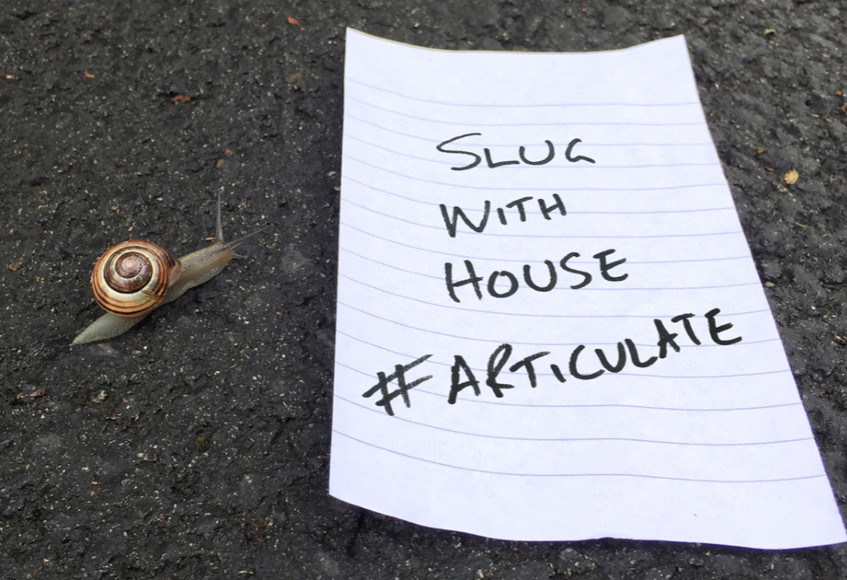 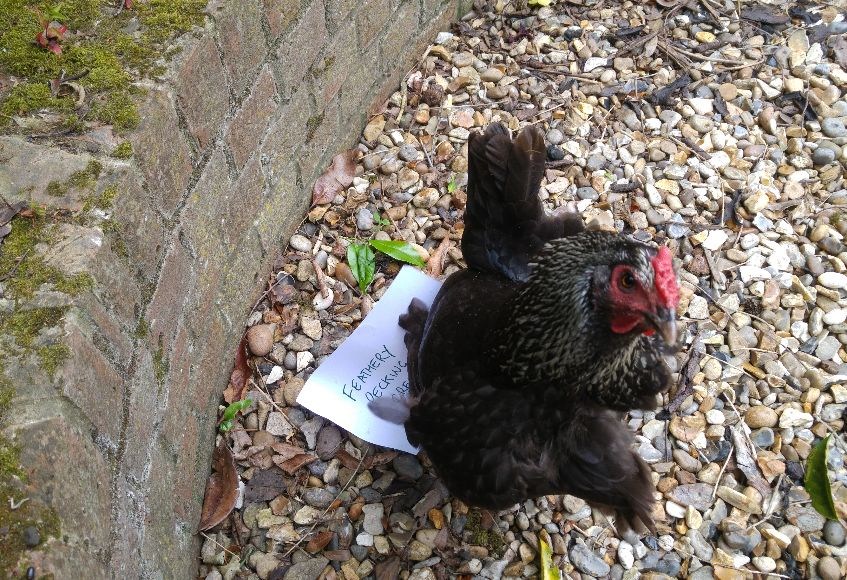 The chicken is unimpressed. 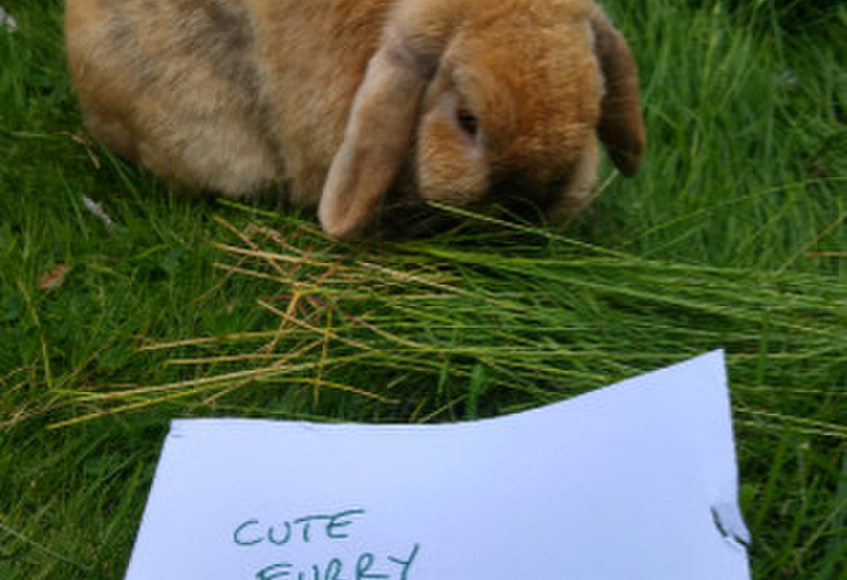 The rabbit is also unimpressed. 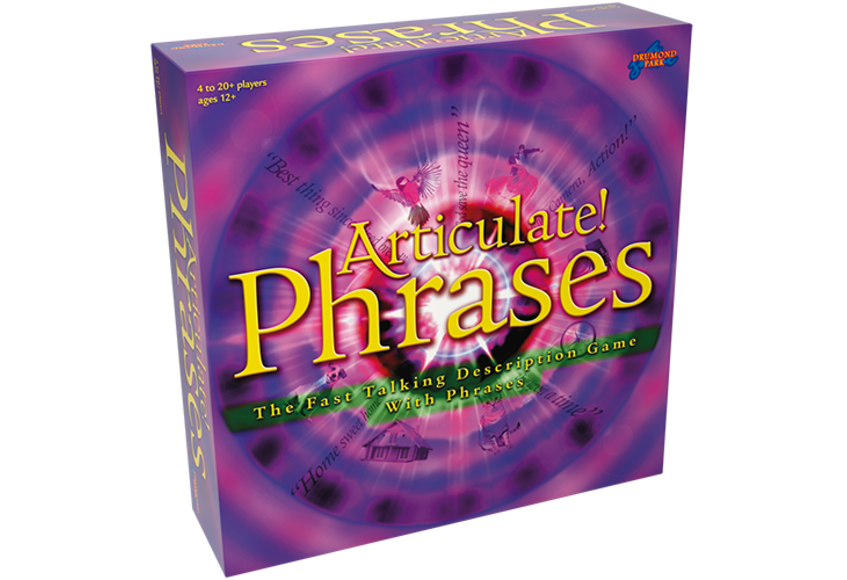