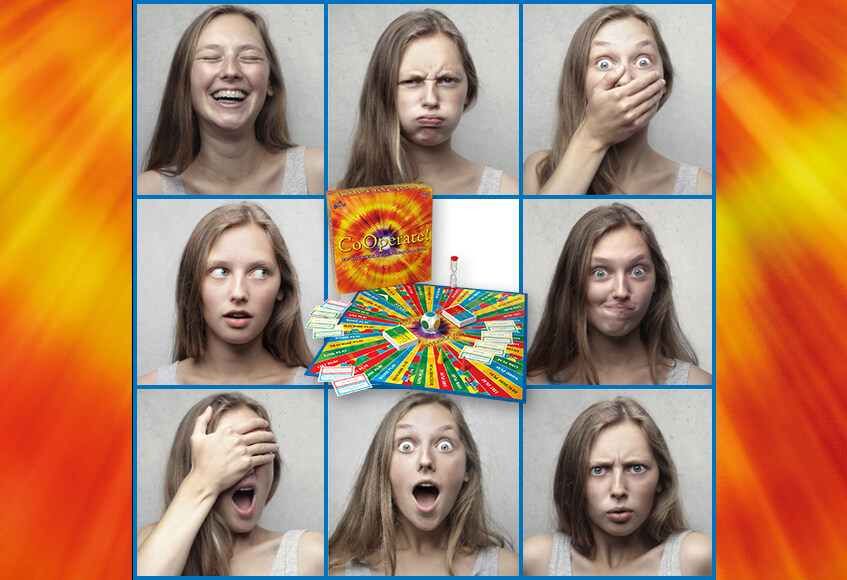 You’ve got your best besties and favourite family around you. You’ve split into two teams. You’ll want to get going!

So here are our fast talking tips and an all-or-nothing walkthrough on The Stuff You Need To Know. Good luck, enjoy, and we’ll start off with…

Which of the three ways to play?

TIP: ‘Anarchy’ games can be further enlivened by insisting that – if they’re able – players must stand up, or raise their hands, when answering. This can help with the scoring, also.

‘Pressure’ games tend to take a little longer, as teams will fail to hit their target more often.

Here’s where your team needs to declare your target number of correct answers.

The core strategy is obvious: balance your drive to win the game with some hard realism! You’ll soon get to know your team’s strengths and weaknesses.

Building up a big lead will allow you more breathing space when you choose a target… or conversely you might find yourself in a position where caution must be thrown to the wind.

Remember, some types of challenge will take longer to answer than others! LISTs are generally the quickest; DESCRIBEs can be much slower.

Keep half an eye on the challenge type that you’d land on if you achieve your target score. So if your team has failed repeatedly on those LINK challenges, then choose a target number that won’t plonk you on a green square.

Above all: DON’T FAFF. If you can’t agree on a target number, you forfeit the turn. And nobody wants to see that, do they?

Before throwing yourself into the game, you might want to practice on a couple of challenges first. But we warn you: it’s much, much harder with the timer going and everybody staring at you.

The challenge types – starting with the simplest - are:

There are two types of LINK play:

Pairs – for example: ‘First a country, then the colours of its flag.’

Sequences – for example: ‘An animal heavier than the last’.

For pairs, two players combine for each answer. (First player: ‘France!’. Second player: ‘Red, white and blue!’). And you score only ONE point per COMPLETED, CORRECT pair.

For sequences, the whole team answers in – ahhh – sequence. And you score one point for EACH CORRECT ANSWER in the sequence. (‘Mouse!’, ‘Cat!’, ‘Sheep!’ etc.) Clearly a good strategy here is for the first player not to kick off with ‘elephant.’

A last word about the ‘Move On’ squares. Land on one of these and roll the dimple die!

It's as simple as that! Have fun, be kind to your team mates, co-operate!