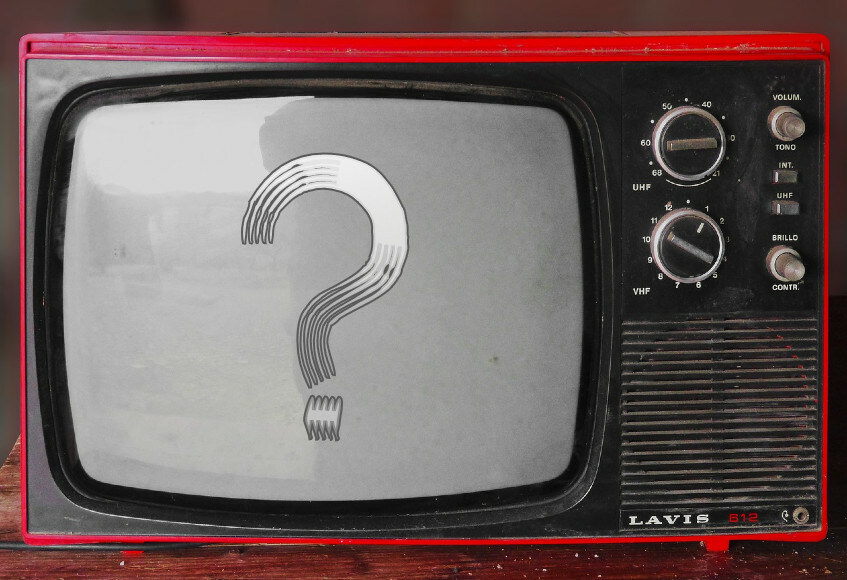 Is there a new 'Best of TV & Movies' board game?

It’s one of our best-loved games; the centrepiece for many a funny, nostalgia-fuelled, not-so-quiet night in for so many families across the UK.

But recently, it’s been showing its age a little, and the original Best of TV & Movies game is now out of production. Boooooo!!!

Every question-and-answer game needs reviewing periodically, as some bits of trivia naturally go out of date, or lose relevance. We’re pretty good at keeping on top of this; without making a big fuss about it, we’ll regularly make updates to specific question cards across the Logo family of board games, in order to keep things current.

Occasionally, we’ll do something more fundamental – we wrote about the whys and wherefores of this around the launch of the all-new Logo Second Edition here.

So, what about a new Best of TV & Movies board game?

We’re asked this fairly frequently on social media, and the answer is: ‘sorry, not at the moment – but never say never!’

Which is a response that deserves some elaboration.

We’ve written many times before about the ‘Boxing Day test’ – the reality that a family game will only succeed if absolutely everybody is enthusiastic when it emerges from the cupboard at the big get-together.

If the kids don’t fancy it, or it’s not Uncle Ian’s sort of thing, then it’s not really a family game. It’s more of a niche game. Niche games can be great – but they sell less, which puts the retail cost up. Ouch.

This is why an update of Best of TV & Movies is a bit of a head-scratcher. It's the issue of media fragmentation – the posh term for ‘everybody watches different things these days’

Let's rewind a few years to when a single episode of a mainstream TV show such as ‘The Two Ronnies’ might have attracted audiences of upwards of fifteen million people – which was (*scribbles calculations*) equivalent to over a quarter of the population of the entire UK.

These days, a good audience for a *top* TV show (think Strictly, or Ant & Dec) might be seven or eight million.

We're becoming used to having a gazillion different channels available. Some households might have two, three or more TVs. Some people have Netflix; others have Prime; for many people, channels that aren't on Freeview aren’t an option. And lots of younger people don’t watch much telly at all.

Movies are in a similar place – especially when so many people’s introduction to those classic family movies wasn’t actually in a cinema at all, but at 3pm on Sunday on BBC2.

You can see where we’re going with this – fewer shared experiences mean fewer topic cards that won’t lead to blank faces amongst many of the players. Which makes that Boxing Day test look a little shaky.

We saw this in practice a while back, in our local pub quiz. At the time, Game of Thrones was everywhere. All over the newspapers, magazines, talk shows, items on the TV and radio news bulletins, etc. But the pub quiz’s Game of Thrones round went down really, really badly. Because although the show was ‘everywhere,’ only a few million people had actually watched it, and those people came from a fairly narrow demographic.

(Honestly, there was almost a riot. There’s nothing quite so awe-inspiring as an angry team of pensioners who are stuck in last place because they have no hope of identifying Daenerys Targaryen. That’s the key thing about good Q&A games – they need to continually give everybody a sporting chance, even if they don’t know the answers.)

So the game’s not reached the top of our priority list this year. As we said, never say ‘never’ – because if we can make it work, we will!

Until then, if you’ve a friend or family member who’s a fan of the great gameplay of Best of TV & Movies, you should take a look at:

>>> The Best of Sport & Leisure Game – definitely not just for the hardcore sports fan; silly trivia about stuff we do and watch at the weekend! Did you know the NZ Basketball team are nicknamed the ‘Tall Blacks’?

>>> The Best of Food Game – the game for everybody who eats things! Fun teasers about the things in your cupboards and fridge. Sweets, hamburgers, crisps and cakes!

>>> Best of British Express – the quickfire game about the things that make Britain British!

>>> The LOGO Board Game – the granddaddy of the lot: one of the UK’s favourite board games, about the familiar things all around us!

(All available in the usual stores!)