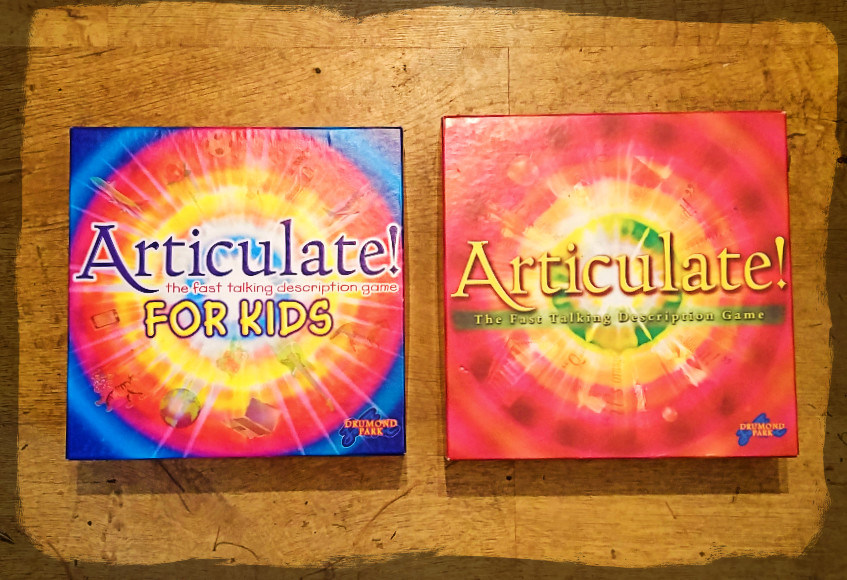 Articulate on the Ward – using board games for Speech & Language Therapy

Occasionally something crops up that reaffirms for us the joy and privilege of making board games – and this story from earlier in the month was no exception.

Heather Meakin is a Speech and Language Therapist (SLT) in stroke/neurology. She works on NHS rehab and hyper-acute and acute stroke wards – where patients are admitted following a stroke or other major condition such as a traumatic brain injury or encephalitis.

She uses her expertise to assess and diagnose inpatients, before providing therapy tailored to their very individual circumstances upon their transfer across to rehab. Challenges faced by these patients might be new speech or language impairments, communication problems and/or swallowing difficulties.

Working with a young patient who had suffered a brain injury, Heather decided that a game of Articulate might be in order.

It wasn’t quite as simple as that, of course. We were intrigued – and not a little humbled – by the background to this, and Heather was kind enough to share some details with us.

“This particular patient had been facing social communication difficulties, and we had been targeting descriptive language and conversation expansion,” she told us.

“I used the targets on the game cards for us both to describe to each other and guess,” she explained. “But I removed the timer and the concept of achieving as many as possible as quickly as possible. This allowed them plenty of time to describe the items in as much detail as possible before I guessed them.”

Presumably there is a benefit in introducing a ‘fun’ aspect of therapy into what is a fairly sobering situation for an individual?

“Yes, definitely right,” she said. “Using light-hearted games can make targeting a patient’s difficulties much more enjoyable and less heavy, and can be much more engaging. Any way we can adapt games for therapy is so motivating for a lot of patients.”

“Therapy sessions with games break that formal atmosphere - although it’s important to tailor them to meet more formal goals for patients, and - if appropriate - to explain the purpose of the game to work on these goals – for example, developing descriptive language skills by playing Articulate.”

We’ve previously blogged about Articulate being used to help young people with complex mental health issues, again with the formal rules being adapted to fit the circumstances. So – as we did back then – we thought we’d ask Heather if she had any advice for fellow professionals.

“I would say to think about their therapy goals, and how a game can be utilised to help meet these. Think also about the patient as an individual, and what kind of games would appeal to them, rather than just assuming something which worked for one person would engage another,” she said.

Very many thanks to Heather for taking the time to share this story with us.