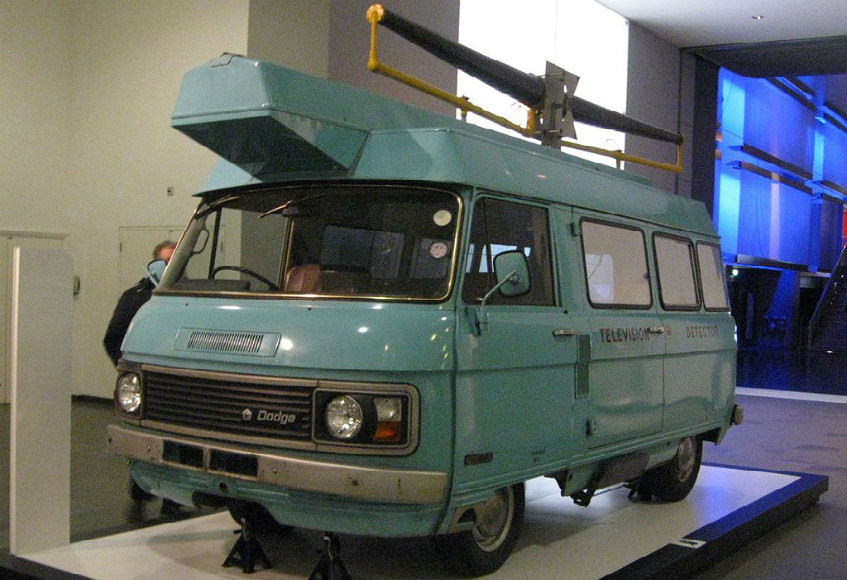 From the games: The TV Detector Van

Quick – hide the telly out the back!

The TV Detector Van has been part of British cultural life since the early 1950s. With their aura of Orwellism and the white heat of unexplained technology, they formed a very slightly sinister backdrop to your viewing life, ensuring that their unannounced arrival at the end of your street would prompt a sprint to the sideboard drawer: is the license up to date?!?

There’s a whiff of old science fiction about these pictures, as if you might spot Patrick Troughton at the controls, wrestling with his instruments to dispatch mysterious rays into your living room. Even the newer van, from the 1980s, has a certain typically-British Children’s Film Foundation feel to it. As if somebody has simply taken a Leyland Sherpa and, you know, glued a couple of coat-hangers to the roof.

Perish the thought that we’re implying that TV Detector Vans were a psychological ploy that never actually worked on a scientific basis – although this is a theory that has gained much ground over the years. On the contrary, the technology within them is space-age, and stems directly from the higher levels of GCHQ. The TV Licensing website states – and we quote:

So now you know. Best switch off the telly and go play a board game.

But how to mime ‘TV Detector Van’ should the topic arise in Articulate Your Life? To be honest, we don’t have an easy solution. If you’re playing with younger people, we’re not even sure if these vans are on their… er… radar. Our favourite approach starts with employing both hands to create dish-type revolving antennae on our heads. You can take it from there, using this useful information film as a guide. 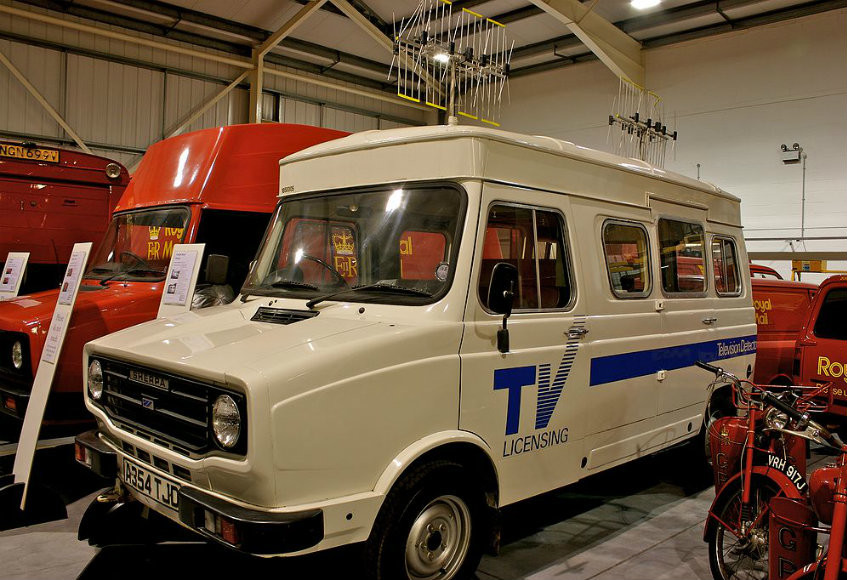 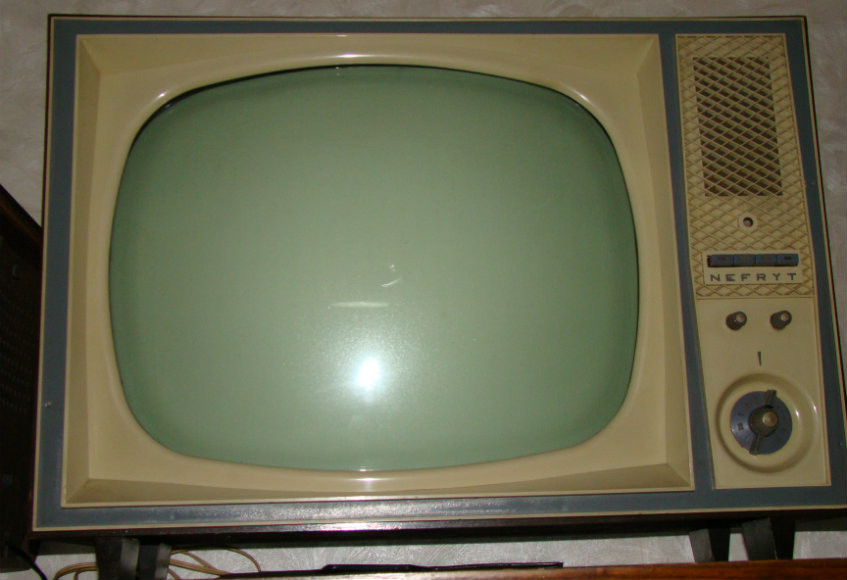 They can detect even the most modern flat screen technology
Photo credit: Darekm135 (Own work) [CC BY-SA 3.0 (http://creativecommons.org/licenses/by-sa/3.0)], via Wikimedia Commons