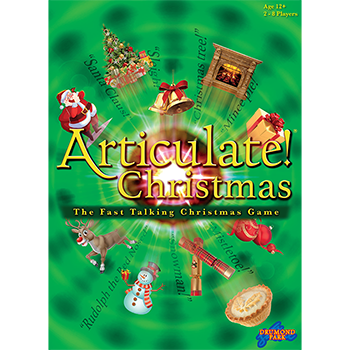 Articulate Christmas is a description game in which team members take turns to describe Christmassy words to each other. Each team has a jigsaw of Santa in his sleigh. At the end of each turn the team adds the number of jigsaw pieces, equal to the number of words they guessed correctly, to their growing jigsaw. The first team to complete their jigsaw wins.