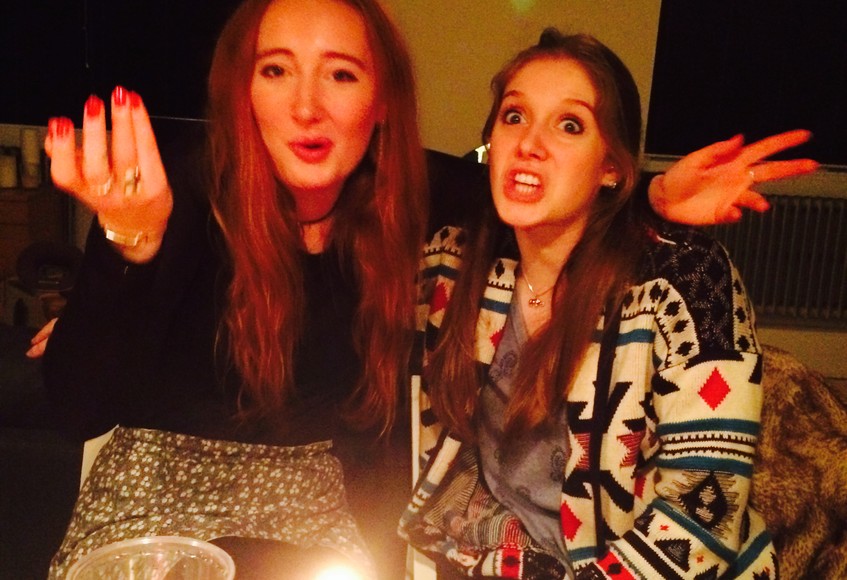 An occasional series in which we test our board games to see how they perform in extreme non-laboratory conditions.

METHOD (over to Connie):

It is no secret that, for some, the first year of university can be… messy. Legally able to drink and thrust into a world without parental supervision, drinking games like ‘Never Have I Ever’ or ‘Ring of Fire’ can be embraced rather too enthusiastically. This might appeal to teenagers who are eager to cement their lad status but once the novelty wears off it is time to explore other ways of spicing up pre-drinks or dinner parties.

Now a sophisticated second year, I’m renting a house with three boys and another girl. At the start of term we threw a suitably chaotic house party to celebrate our new independence but after a few weeks it was decided that we would host a smaller dinner party to prove exactly how classy we had become.

The thought of conjuring up a delicious meal for ten and providing food for our token veggie was obviously daunting but it was less intimidating than the prospect of announcing to a group of fellow second years that we were replacing ‘Ring of Fire’ with a family-friendly board game. Unexpectedly, wanting to avoid the horror of a mixed drink hangover and aware that there were no new stories to uncover with ‘Never Have I Ever’, everyone was keen.

No one was sick on the carpet or put to bed early in the recovery position (not unprecedented). The combination of competition, humiliation and decreasing sobriety made for some hysterical scenes as both descriptions and answers became increasingly ridiculous - never before have I captured such quality videos on my phone.

Experiment successful. Articulate provided us with a rowdy and absurd hour of post-dinner entertainment. The winning team were predictably insufferable and the housemate rivalries are now entrenched. Round two beckons… but my cooking is still an issue.

Articulate. Not at all a drinking game. Absolutely not.