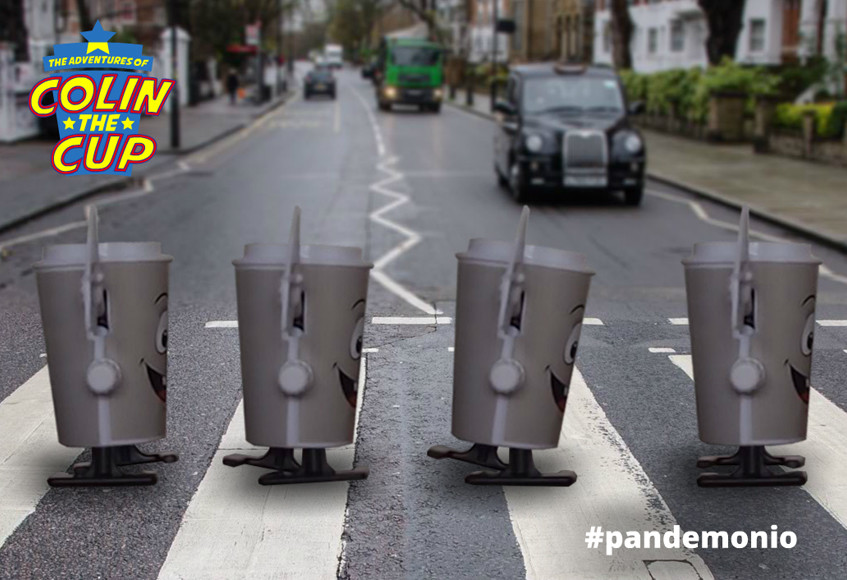 The Adventures of Colin the Coffee Cup

Once upon a time, there was a little coffee cup.

He was a very cheerful little coffee cup. His name was ‘Colin’. From an early age, Colin realised that he was special.

For a start, he had a name (which is unusual amongst the coffee cup community).

And secondly, he could walk around on legs (which is also fairly rare, although to be brutally frank you might wonder about that if you’ve ever put your mug down for one minute here in the Drumond Park offices.)

Being such a special coffee cup, Colin couldn’t help wondering what his purpose in life was. Mooching around in Costa or wherever, whilst waiting to be filled with hot beverage and then scribbled upon – well, it just seemed a bit… ordinary.

Whereas Colin could walk! He could walk and – oh yes, he could time things as well. He was very good at timing things. We should have mentioned that from the off. That was his other key skill.

So one day, Colin packed his bags. He said ‘goodbye’ to the other coffee cups (he didn’t shake their hands, as they didn’t have hands, although Colin did, which was another fundamental thing that we should have noted at the beginning – we will re-write this when we have time). Then, he took one last look around the Costa/Starbucks/AMT Espresso/nice independent coffee outlet. And he walked out into the Big Wide World.

Adventures came thick and fast to him. Daring escapades; close scrapes. Brushes with celebrity and greatness. And over the years, Colin found himself.

Colin turned up on our doorstep at the beginning of this year. His wandering days over, he asked us to take him in and to find him a job. A cheerful, walking coffee cup with a skill for timing things – we knew immediately that we had the perfect role for him.

Colin now works for us, in our Pandemonio division. He is central to every Pandemonio set; an ambassador to every Pandemonio-owning household in the land. You will find him in your Pandemonio boxes; he will act as ringmaster to your games. Amidst the mayhem of Pandemonio card-swapping he is a reassuring, stable presence. Although admittedly he falls over occasionally if you’re not playing on a level base. But he’s quite good natured about that.

If Colin visits your home this Christmas then do give him a good home. Love him and cherish him. Take a pic and share it with us. (#pandemonio).

And we’ll all live happy ever after. 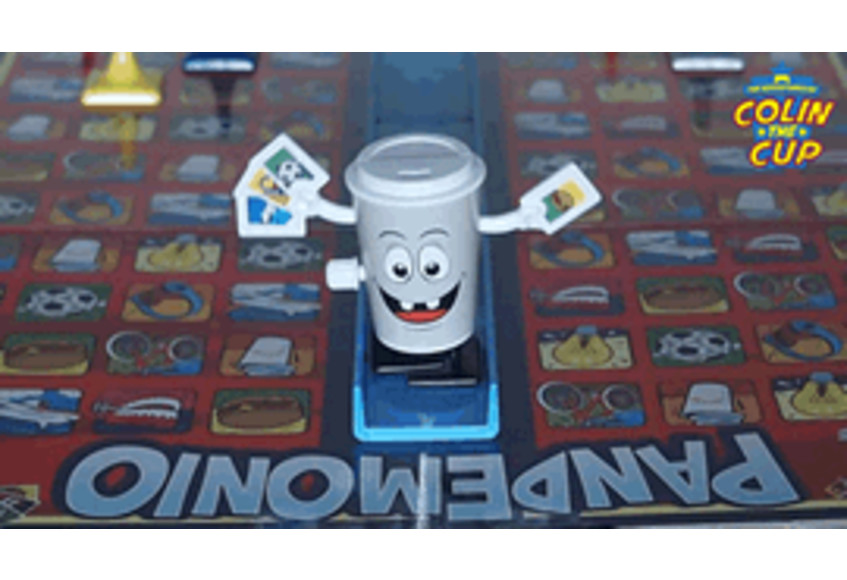 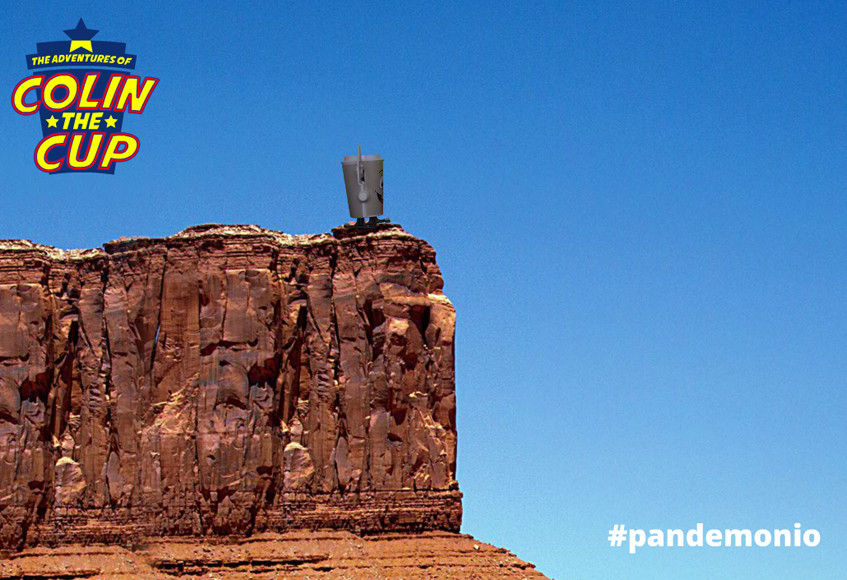 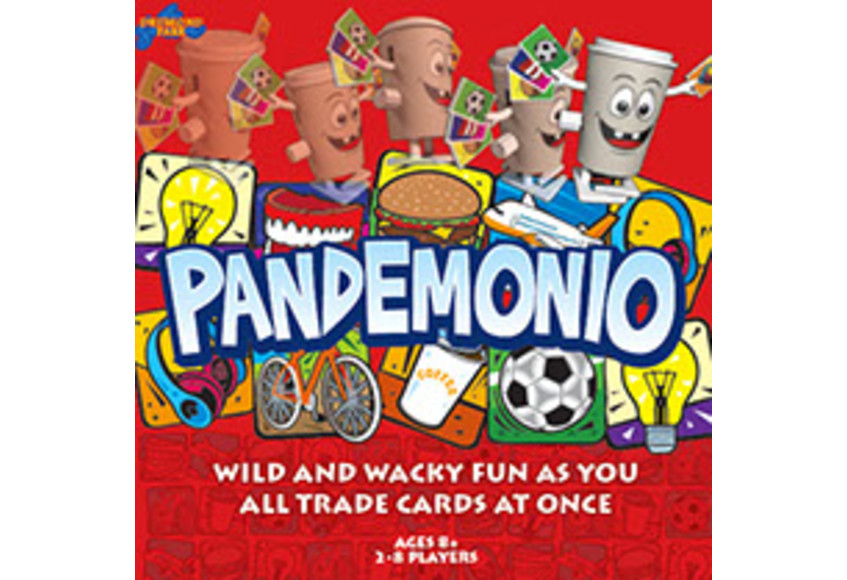