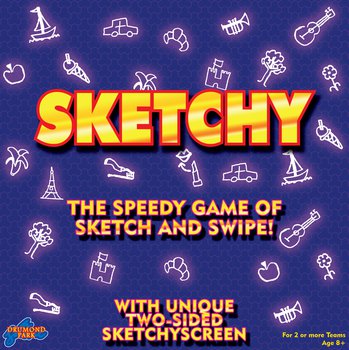 Assemble the handles and card holder of the Sketchy unit as shown in the PDF.

Aim of the Game

The first team to score 30 points by sketching and guessing words on the game cards is the winner – decide on a larger number for a longer game.

Each Sketchy card is double-sided.

The drawing player sees – a list of six items they must sketch.

The guessing players see – a BIG HINT about all items on the card.

Winning – 30 or more is the winning score