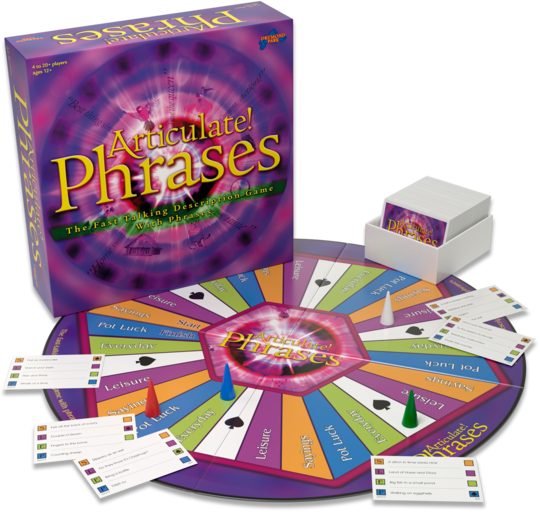 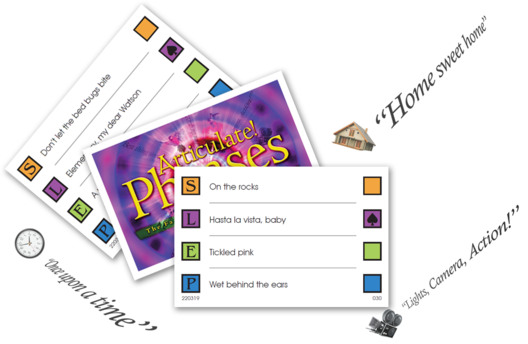 Britain LOVES Articulate!! Over 2 million copies have been sold - Wow!!! OK we get it, everybody loves ARTICULATE, it is one big lovefest. And NOW get ready because OMG here comes a NEW Articulate DESCRIBING challenge.

It’s still fast, totally exciting, and absolutely engaging but it’s just a little bit different because you are describing a PHRASE rather than a word or a person. “Don’t rock the boat”, “Once bitten twice shy”, “Shaken not stirred”, “Light as a feather” …. you get the idea? So sit back, lubricate your tonsils and start describing the latest, most brilliant Articulate challenge on the planet – Articulate Phrases! I DON’T KNOW ABOUT YOU, BUT I CAN’T WAIT!

The game in a nutshell: - Two teams compete to be first round the board as team members take it in turn to describe the phrases on the cards to their team mates during one turn of the timer. The team moves round the board by the number of phrases guessed correctly and the first to pass the FINISH space wins.

"As fun as articulate but with phrases. We found that describing phrases without actually saying provided us with hours of fun! Will definitely be using this over Christmas." 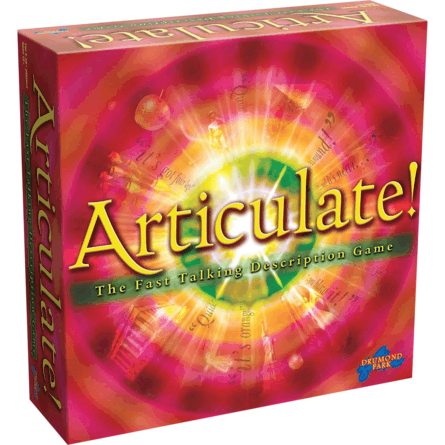 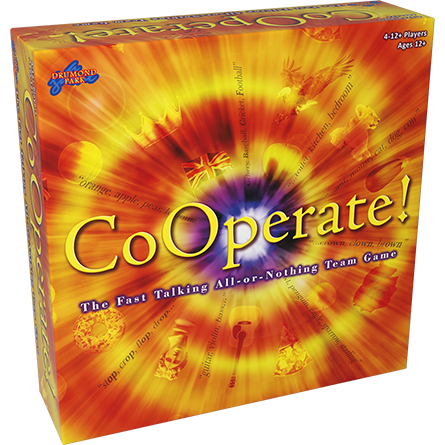