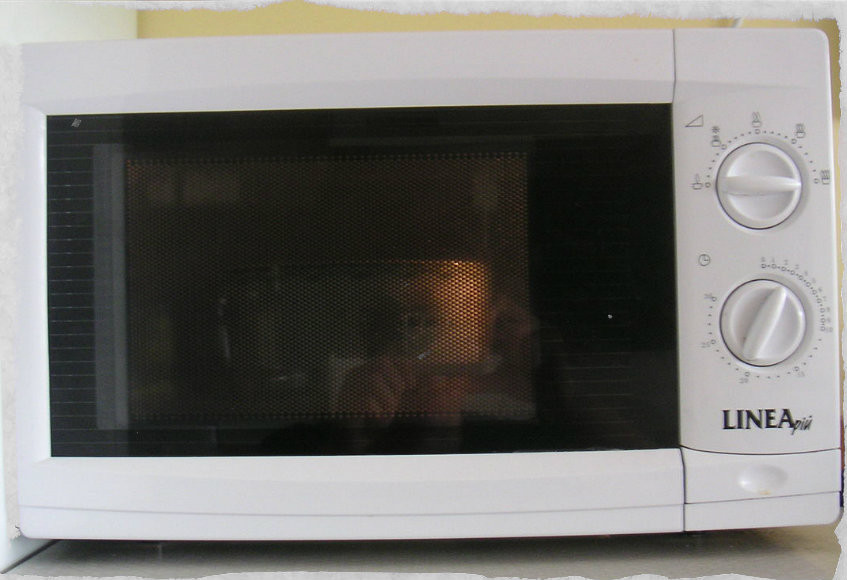 A modern(ish) microwave oven
From the games

Who invented the microwave oven?

Dr. Haribu Toshiba? Russell Hobbs? George F. Panasonic? Nope. But his name lives on, as a topic in Absolute Balderdash rather than as a logo on the front of your kitchen appliance.

Percy Spencer was working on a military radar project on behalf of the US Department of Defense when he noticed odd things happening in his laboratory. Specifically: why did the chocolate bar in his pocket melt when he threw the switch on the radar equipment?

We know the power – and danger – of microwaves now, but at the time Spencer was intrigued rather than alarmed. Setting aside the radar applications for a while, he set up some experiments using various foodstuffs, eventually rigging up a metal box to keep everything clean and safe, and to prevent those pesky rays from escaping. Essentially, he'd invented the world's first microwave oven.

It’s important to note at this point that Percy Spencer was a genius; an absolute one-hundred-per-cent bona fide top-of-the-range genius. Born at the tail-end of the nineteenth century and orphaned soon after, he left school early to support his family by working in the local mill. Notwithstanding that, he taught himself electrical engineering as a teenager, having heard that this brand new ‘electricity’ technology might be coming to his rural region. His new skill led him to be whisked from the shop floor, his bosses re-hiring him as the guy to convert their plant to this power source of the future.

Subsequently, in the US Navy, he sourced textbooks and – studying them whenever he was able – augmented his skills by teaching himself radio technology. Not just the basics, but to the sort of expert level that would lead to a senior post at the Raytheon Manufacturing Company, then emerging as one of the world’s top innovators of the cutting-edge technology of the day. By the start of WW2 he was one of the globe’s leading experts in radar tube design, despite having dropped out of school and possessing no formal scientific or technical education whatsoever.

Let’s pause for a couple of moments to reflect upon that.

Back to microwaves. Spencer’s bosses were supportive of his side-project (let’s give them much credit for that), and, a couple of years after the war, filed a patent for the world’s first microwave oven. It was a substantial hulk that, we think it’s safe to say, would have rather over-dominated your standard domestic kitchen. Nevertheless, by the late sixties the technology had evolved, the size and cost of appliances had reduced, and the first US housewives were at home, scratching their heads and wondering ‘can you recall if this was 750 watts or 850? Best nuke it for five minutes, just to be sure.’

As a payroll employee, Percy Spencer received a sole two-dollar honorary royalty for his invention. But, as that tell-tale ‘ping!’ from the kitchen announces that your nibbles are ready, we ask you to raise a glass whenever this great man’s name crops up on that Absolute Balderdash card. And we hope you remembered to pierce the film lid first.